I have written about my passion for all forms of art here, although I would not necessarily call myself an artist, I do have a creative, crafty side to my primarily left brain self. Regardless, I am a strong believer in exposing the children to all types of artistic venues, projects and artists. We also try to encourage as opposed to pushing interests on the boys. Parker took on a love for swimming and now he is a strong competitive swimmer. Not because we are forcing him, but because he truly loves it. We introduced PJ to Taekwondo to help him develop his own path. He took a strong interest and has been quite successful even at a young age. In addition, Parker has an innate love for writing, so we supported him in launching his own blog.

I still remember the days of recent when it was time to make a homemade birthday card and the angst it caused PJ. It was never good enough, perfect in his mind or correct. He complained about it every time we reached for the craft materials. I kept trying to explain to him that with artistic expression, there is no right or wrong. When it comes to math, yes, there is a right or wrong answer, but with art it is all up to the individual. That is what makes art so interesting. I didn’t push it. I helped him along, but he never just reached for paint. Until recently.

Matt spends a lot of time, just pencil sketching as a form or relaxation. He would subtly, invite PJ to join him. PJ finally did. We then bought Matt a cool handmade leather paper scroll at the Printer’s Row Lit Fest. PJ wanted to spend his pocket money on one too! Wow, things started taking a turn for the better on the art front.

The other day he must have spent hours painting the rocks he brought home from the beach and then he pulled out these miniature canvas and went to town on them. He literally took over the dining room table with his art supplies. I was thrilled when he even brought down a recycled Taekwondo breaking board to decorate, but I didn’t over react. I praised him and told him how much we loved his work. I let him leave them all the stuff there for a few days to see if his interests peaked or plummeted. Well, he continued to visit that small space while we all gathered in the kitchen.

So last weekend, I decided it was time to dedicate a portion of his room for his “Artist’s Studio”. We rearranged his furniture, took out the computer he rarely used and converted the corner that already had a magnetic strip on the wall where we showcased some of his previous work.  He picked out the boxes, jars & trinkets to house his materials.  Now, PJ has his very own artist nook.  He is really enjoying it. I am so proud, our little “Chique” budding artist!

Do you have a dedicated space for the kids to draw and create? I love to put the kids art all over the house, not just in their rooms. I believe it deserves to be seen. In fact, I have bunch of stuff that needs to be framed. I guess, I just added another task to my summer to do list! 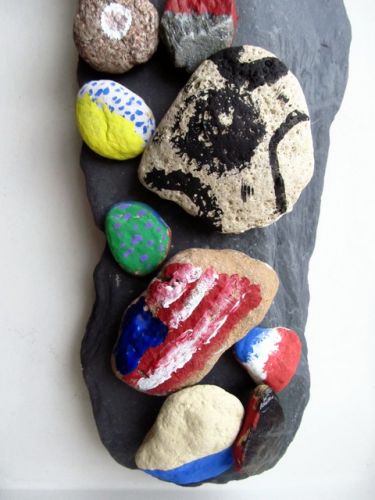 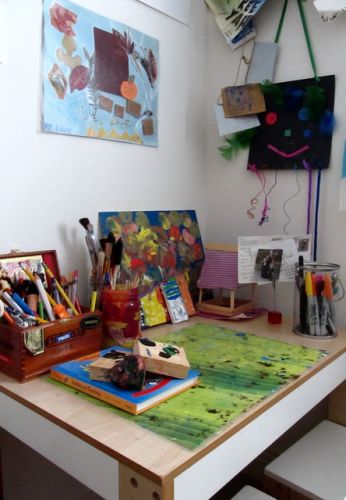 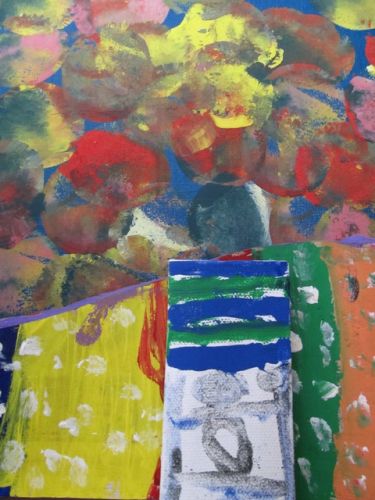 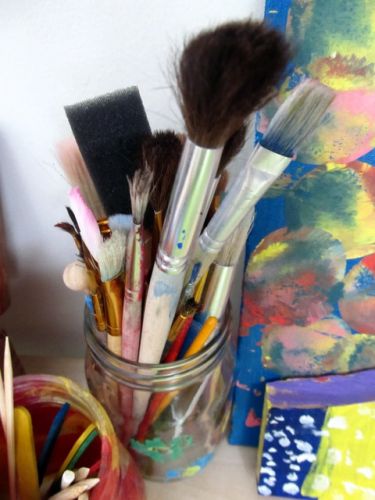 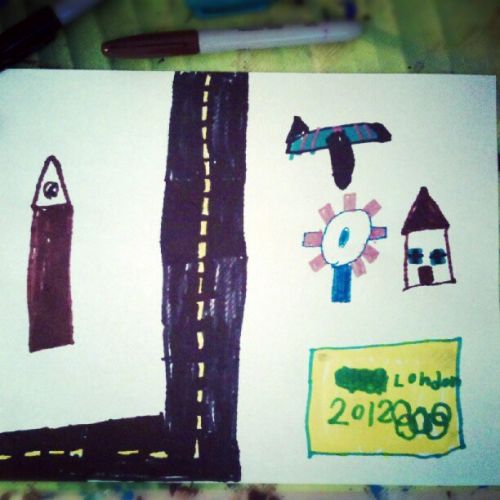 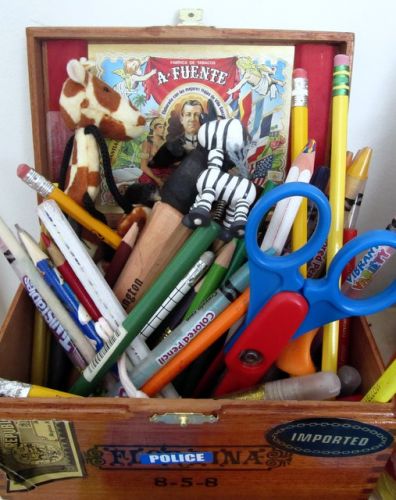