As some of you know, Fall is one of my favorite seasons of all. Maybe that is why I have been so absent on the blog. Soaking up all the Fall vibes instead of blogging? Well, maybe not, but let’s just go with it.

I have written about the Autumn traditions that make me smile here and lately, I have been baking Nonnie’s banana bread recipe, but with pumpkin puree as a seasonal twist. But, today, I decided that the mini pie pumpkin that had stood as a counter display had other uses. I have never roasted my own pumpkin for bread, as they say the puree in the can is just as good, but why waste this tasty little orange gourd? 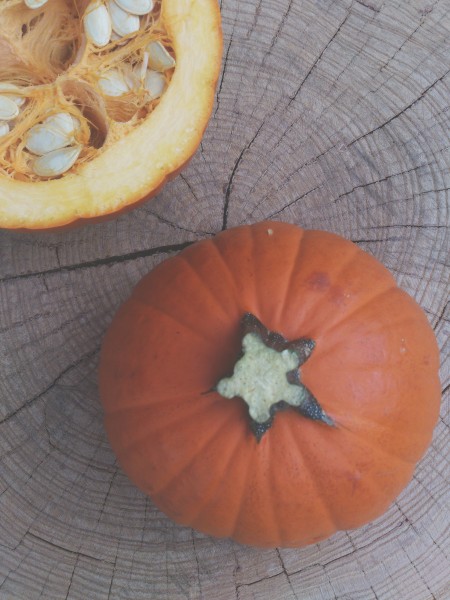 So viola, my latest experiment. Roast the pumpkin and then bake the seeds. I usually use olive oil & salt or add a savory touch to our Jack-o’-Lantern seeds. Unfortunately, we were a bit lame on the carving this year, so we haven’t had our usual dose. This guy only gave us a cup or so of seeds, so I decided to change it up a bit. I have a jar of Cinnamon Sugar mix in my cupboard for toast, so it made the recipe super simple! 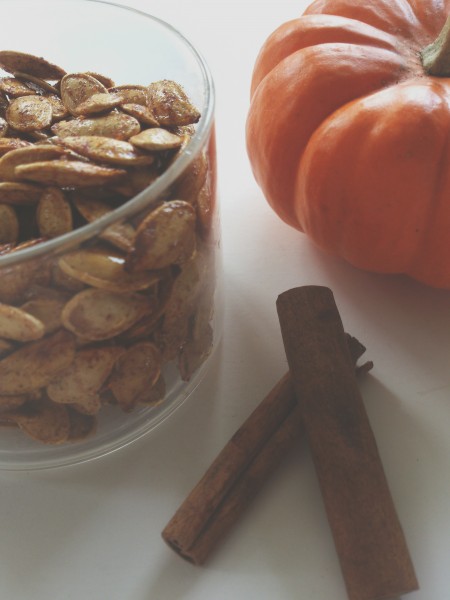 I wasn’t sure how they would taste as my sister tried to discourage me, but I had to go for it anyway, since I was in the mood for a sweet treat. Hey, Heidi, ha, they turned out delicious!

Now, let’s hope there are some left for the boys when they get home from school! Do you have any other “Chique” ways of baking your pumpkin seeds? Please share.

Preheat oven to 350 degrees. Scoop out your seeds, rinse and drain to make sure there is no pulp. Towel dry. Melt the butter and toss the seeds in a bowl with the melted butter. Sprinkle the seeds with the cinnamon sugar mixture and stir. Toss with a little salt. Once I spread them out on a baking sheet, I gave them an extra sprinkle of Cinnamon Sugar, because a lot of the sugary goodness was left on the bottom of the bowl. Bake for 15 minutes, toss and bake an additional 15 minutes or until crispy. Enjoy!