We had such an eventful weekend, yet we still accomplished a lot of things around the house! We spent most of Saturday morning tending to the garden and cleaning the house. Laundry is the dreaded chore around the Nolan home, so we can only take so much folding!

We then escaped the heat by going to the MCA, for what we thought was “Family Day”, as it is usually the second Saturday of the each month. I even have it auto programmed in my calendar. Except, guess what? They don’t host that event on Saturday’s in the summer. Obviously, as some of you know, I am in total denial that it is already June. But, the people at the Museum know us, so they let us in for free as on usual “Family Days” admission is free for kids & families. Inspirational art & great customer service, love it!

We had a blast walking around observing the art as we almost had the entire place to ourselves. So many amazing exhibits right now, so don’t miss out! The Andy Warhol of Jackie O is a must see. I don’t think the boys have ever seen a Warhol in real life!

The MCA also hosts the best kids crafts during the Tuesday Farmer’s Market. Can you predict where PJ & I will be on each Tuesday, while Parker is at Jr. Lifeguards? Here! 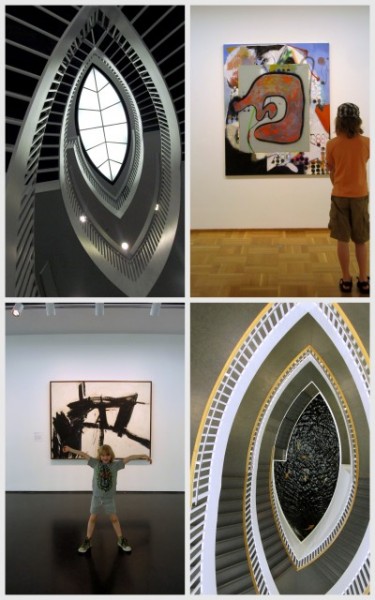 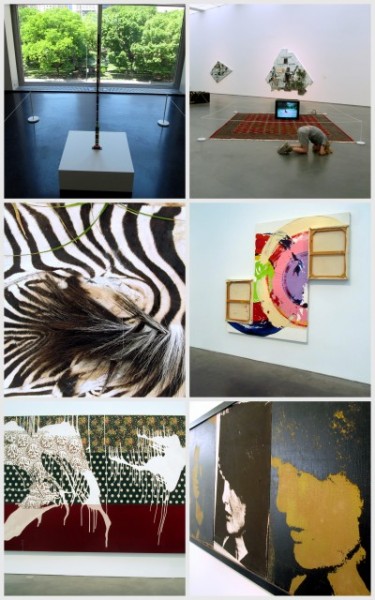 After a busy morning downtown, we headed home for a little quiet time. I took a moment to soak up some sun, Parker read his book and PJ napped. By 5:00 we were raring to go again, so we headed to Printer’s Row for the annual Lit Fest. It was the perfect evening to walk around the streets of Chicago. We scored a few $3 used books. Les Fioretti was my chosen title and not for the content, but for the amazing black and gold leather cover. I should be careful of my shopping tactics, as PJ was also solely focused on spending his three dollar bills, so at one point he picked up a book priced at $1 that was titled “A Journal of Erotic Fantasies”. I couldn’t help but laugh out loud. Mind you, he can’t read cursive very well and it was a blank journal, but he did end up with two more appropriate books: “Tales of a Tadpole” and “A Journey of a Humpback Whale”. Better choices for a going to be 1st grader! 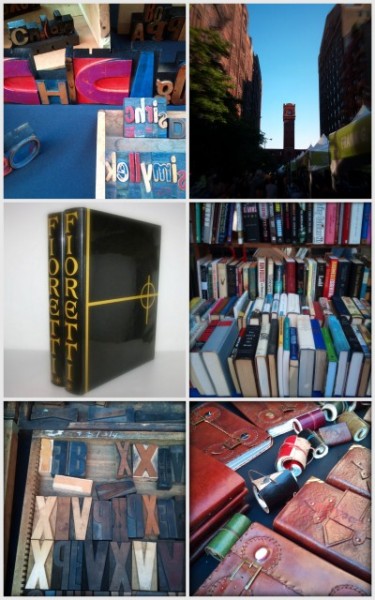 Sunday, we spent the morning making Father’s Day cards for my Dad. Scanning old photos and creating custom cards on line was a treat in itself. I still can’t get over how hip & “Chique” my parent’s were even in the 70’s! I don’t want to ruin the surprise for that upcoming post, so that’s enough for now! We then headed to our friend Donald’s garden for a BBQ, Mojito Mocktails, S’Mores City Style & a little Frisbee in between. The temperature was nearly a 100 degrees, but we managed to stay cool. I am also quite pleased that I came home with a bunch of peonies in hand from Donald in celebration of our 13th wedding anniversary (which is Tuesday, by the way). More to come on that subject too. How did you spend your weekend? Until next time, stay cool & “Chique”. 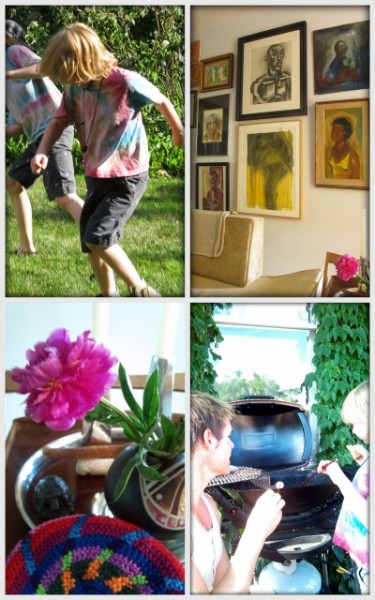