We have definitely entered “Operation Summer Mode” here at the Nolan’s, as today was Parker’s first day of Jr. Guards and because PJ is not officially signed up for an activity, I keep telling him he is enrolled in “Camp Nolan”.  Mind you, our first day’s plans fell through as we were going to spend the morning playing Frisbee at the beach, but the conditions were cold, windy and choppy at 41st Street beach. So, we took to plan B and went for an impromptu trip to the Harold Washington Library to launch our summer reading marathon. 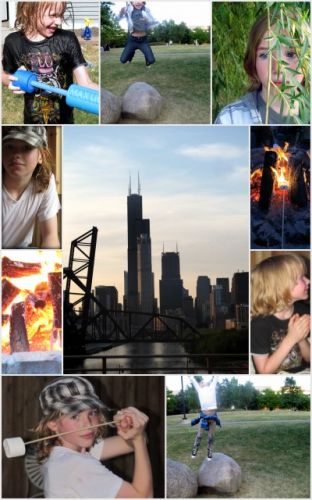 But, it’s not as if the events have just begun, as the last 12 days have been fun filled as well with BBQ’s, S’mores, Water Gun Fights, Beach Picnics, Walks in the City and much, much more. In fact, there have been some major milestone’s here at the Nolan household.

1. Both boys went away to my parent’s house for 5 days. This is the first time Matt and I have been on our own in years, I mean YEARS? We had a blast playing honeymooners, but in reality it felt weird.

3. And last, but not least, I survived 5 out 7 trial days of hot yoga at Core Power, where they turn the heat up to 104 degrees. What was I thinking? But, actually, I am starting to really groove on the sweat thing! 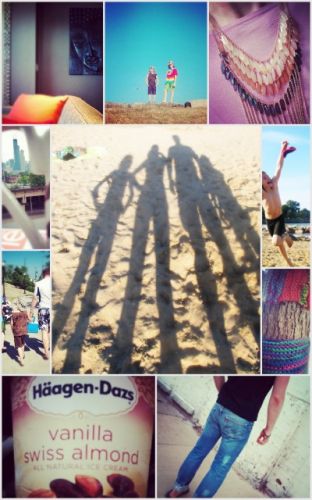 Well, that is it for now! Cheers to a “Chique” Summer. What have you been up to lately?