As predicted, I was not able to resist the urge to make a trip to the aforementioned Doughnut Vault this past Saturday. Mind you, I was supposed to be cheering on my eldest at his Water Polo Tournament, but I graciously got him ready, watched the opening ball drop and then discretely made my self scarce. I knew we had to be quick because The Doughnut Vault opened at 9:30am, but closed once they were all gone. I headed home, picked up Matt & PJ and we raced to the “Vault”. As expected, even though it was a chilly Chicago morning, the line wrapped around the block. My fingers were as blue as the facade by the time we made it inside, nearly 30 minutes later! But, I am here to tell you, it was was well worth the wait. I was speechless. Seriously, these doughnuts were outrageous! Not only were they bigger than PJ’s head, but they tasted like no other pastry I have ever eaten. Luckily, for my waistline, they are closed on Sundays, otherwise, I would have been tempted to stand in line for a second day in a row. So mouthwatering “Chique”. 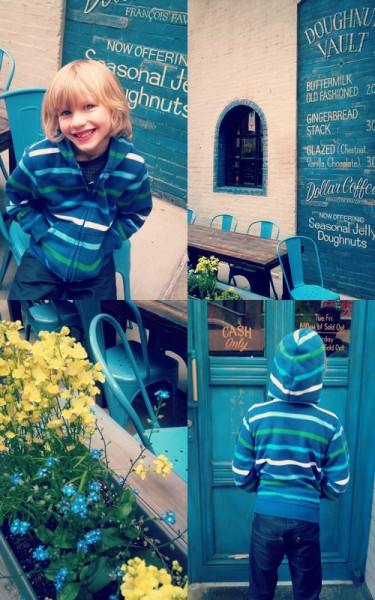 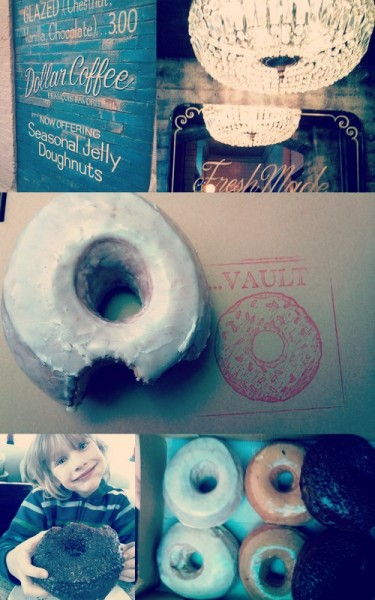