Spike, our beagle terrier, will always be my first born even though he has four legs and a tail.  Back in the day, he was always treated like royalty.  Private obedience training, designer duds and gourmet meals on his birthday, just to name a few. Spike did, however, continue to give back. He was paid to be in a TV commercial; modeled for two charity fashion shows and continued to earn his keep, as he was the most loyal companion! 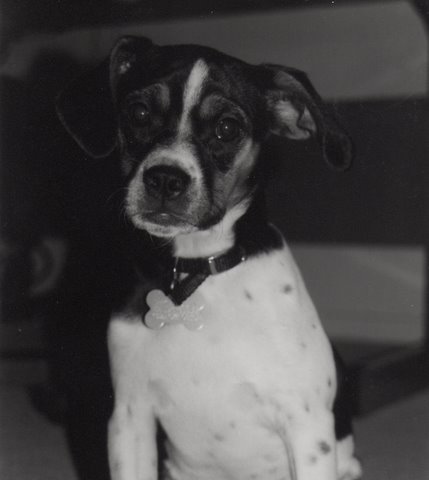 Now after two boys and a baby brother beagle named Snoopy,  Spike, is still considered up there in ranking, yet his birthday celebrations have gone from filet Mignon to homemade Peanut Butter Carrot Cake.  Not just an ordinary dessert, but one just for dogs, shaped like a bone and topped with cottage cheese frosting.  He didn’t seem to mind as he scarfed it down in seconds. With a little help from Snoopy the plate was bare and the cake was just a memory.

Later he scored a few leftovers as last night we did cook steak on the grill! “Chique” canine birthday party! 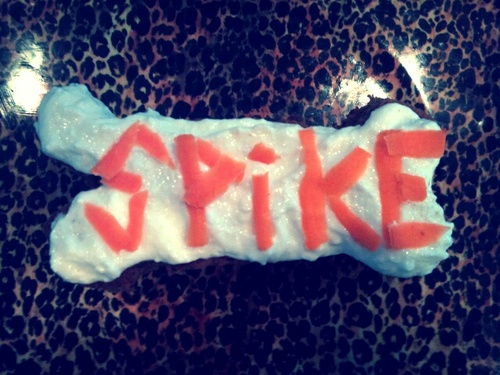